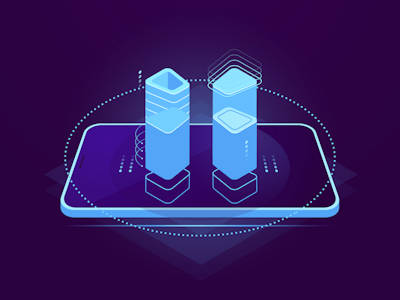 The concept of API-first software development is a powerful tool to accelerate software development. It enables developers to use reusable, modular APIs to build applications without the need to code every feature or function from scratch. It also facilitates the use of microservices, which plug into any application. With this approach, developers on both the front and back end can work simultaneously. In addition, teams don’t need to depend on each other when building applications. Rather, all features and functionality can plug into the same API.

In the world of software, APIs have become a critical part of the operational landscape. APIs help companies interact with other applications and services, including sales, marketing, and customer-facing systems. By using an API-first approach to software development, a company can minimize the risk of errors and implement pluggable architectures.

APIs are designed for easy use and can be public or private. The main purpose of an API is to enable application integrations. In addition, it can connect internal systems, such as microservice architecture. For this reason, API-first software developers must make sure their interface is easy to use and has a clear and uncomplicated design.

A well-designed API will be able to handle a range of complex requests. Developers should take the time to understand how APIs work and how to make them work. Using APIs means that developers and users will be able to work more efficiently. They will also save time and money. API-first software development is becoming increasingly popular as developers strive to design fully functional user interfaces for mobile devices.

The API is the foundation of software systems. Without it, applications would not be able to connect to external systems and data. An API also makes it easier to share information between applications. APIs have been around for nearly 20 years, but in recent years, API-first software development has gained ground among software developers.

Typically, an API can be open or closed. Open APIs are shared with the general public, whereas closed APIs are only open to those who have a business relationship with the provider. In some cases, APIs can be free or have a subscription fee. In other cases, a business may decide to restrict their API to a few authorized stakeholders, which may increase security.

API-first development is a fast, easy way to create and maintain reusable services and applications. Because of the API-first approach, teams can focus on multiple projects at once, rather than creating new features from scratch. Developers can also build and test APIs before creating channels and applications, which reduces the risk of errors and bugs.

API-first development helps reduce development costs by reducing the amount of code that needs to be written for each project. As developers use APIs every day, they need an easy, consistent experience. Developers also want to build an API that integrates easily with other software and helps them troubleshoot issues quickly. This approach also promotes a consistent, well-documented API for other developers to use.

By developing applications using an API-first approach, software developers can develop reusable features quickly and easily, and they can deploy them across channels. Additionally, APIs make it easier for developers to adjust applications to changing requirements and compliance requirements. This approach also allows developers to select the programming languages and platforms that best suit their needs. API-first development also increases developer satisfaction, as a recent survey showed that 75% of developers are happy with the work they do with API-first companies.

Another benefit of API-driven software development is that it avoids incompatibility issues between different systems. As a result, an API-driven application is more likely to be cloud-friendly and connect with other services and applications. As the number of APIs grows, it also becomes harder to manage API consistency across multiple applications. Developers need to be more transparent and communicative about the APIs they’re using.

In a world where technology is changing at a rapid pace, API-first software development can help teams develop applications faster with less complexity and risk. Using an API-first approach, teams can design contracts for data and functions before writing code. This approach can also help developers work on multiple features simultaneously.

The API-first approach has many benefits, including the ability to reuse and integrate existing infrastructure and software components. It also simplifies the adaptation of applications to changing market needs and compliance requirements. However, it does require significant upfront planning. Developers will need to learn new development workflows and design methodologies. In addition, C-level executives will need to buy-in to the strategy.

API-first software development requires a thorough understanding of business requirements and the underlying architecture. Developers must consider scalability and programmability. They must also consider the potential impact on existing software systems. Using an API-first approach can bring many benefits to enterprises, but the implementation process can be difficult.

Developers need to write detailed API documentation and testing procedures to ensure that the software works well and meets business requirements. If APIs lack standardized documentation or credentials, developers may have to call them manually in order to verify data. This can create a number of problems. API-first software development requires more complex testing and integration practices and increased risk of live implementation failures.

The scalability and resilience of an API is a crucial aspect that may determine its early adoption, future success, and lifespan. Organizations often overlook this aspect when building their APIs and can end up compromising the user experience. In order to avoid this, API developers should use a combination of tools and load testing to ensure that their APIs are scalable and reliable.

The benefits of API-first software development are many, but it requires a complete rethink of internal processes, governance, and data management. Integration requires extensive planning and communication among departments and teams. Task forces should be set up in every department to ensure a consistent API integration strategy that meets their requirements.

Ways to get started with API-first software

When you start developing software using the API-first approach, you should take the time to plan out the API. This will ensure consistency and reusability of the code. For example, your application form should reflect your API specification, not vice versa. This will make development easier and reduce risk.

Using an API-first approach is an important strategy for creating consistent customer experiences. It also allows you to leverage data-driven offers. While Big Data and measurement are all the rage, they are largely useless without an understanding of your audience. Providing them with products and services they want is the key to connecting with them.

With API-first development, you can reuse microservices and app components. This will free up development teams to focus on building a minimum viable product, rather than re-implementing the whole project. You can use a service API management solution to integrate these pre-built components into your system.

While building an API-first software environment requires strong leadership and skilled developers, the result is a more delightful experience for users. In addition, an API-first approach is flexible and adaptable to any industry or type of device. It is an effective, proven solution that helps businesses meet their goals.

In addition to speeding up application development, API-first development allows you to add new features and technologies without having to re-architecture your entire system. It also makes it easier to adapt applications to new demands and compliance requirements. However, API-first software development requires significant upfront planning, including learning new development workflows and design methodologies. In addition, it requires C-level buy-in.

Developing APIs is an important step for modern developers. It can reduce labor costs and speed up time to market. The API-first approach also provides a flexible and reusable interface, allowing you to choose the right communication model for your application. Whether you’re building web-based applications, mobile apps, or even external chatbot integrations, API-first development can provide you with the perfect solution for your needs.

No comments to show.